I grew up reading MAD Magazine.

My dad, before he became a dad, husband, and clock puncher for 50 years at the same printing company, was an aspiring artist. He’d even applied at the Art Institute of Indianapolis his senior year of high school and was accepted, but due to lack of funds he didn’t go. The summer he graduated he got a job at RR Donnelley & Sons, one of the biggest printing companies in the world at the time. He lied on his application and said he was 18, but he didn’t actually turn 18 till a month after he was hired. He was accepted into a Journeyman Apprentice program in their cylinder making department. The cylinders are what go onto the presses that contain the images that would make catalogs, magazines, papers, etc. At least that’s how it USED to happen before printing presses became something of a bygone era and everyone went to online catalogs. 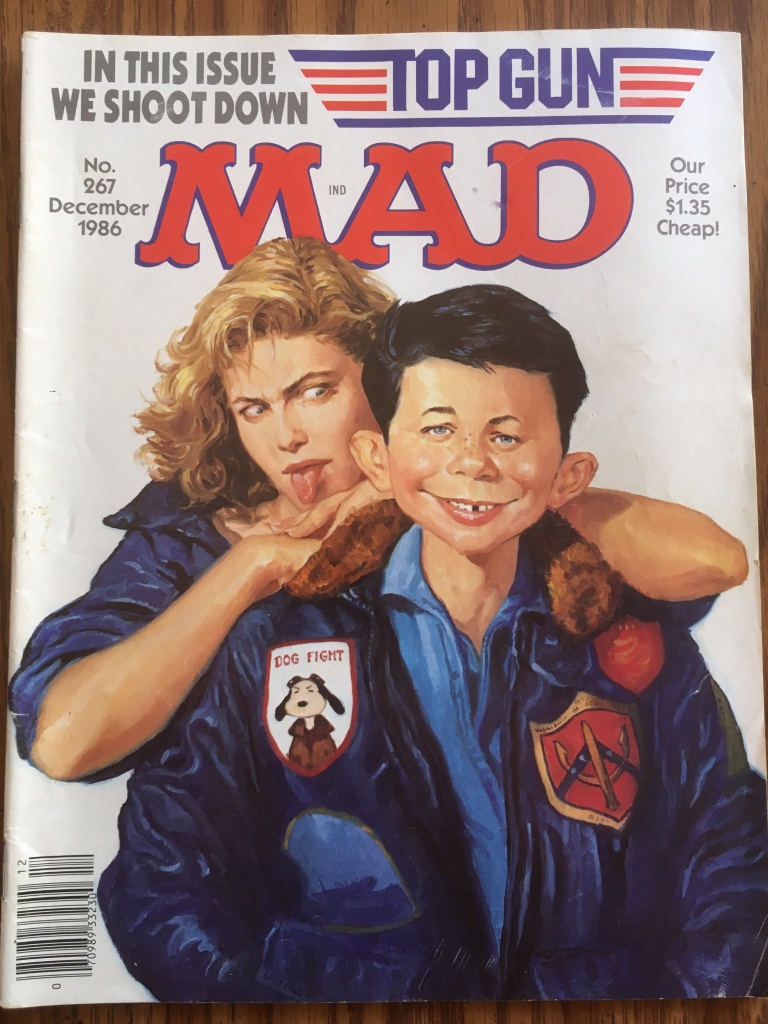 Anyways, back to MAD.

My dad was a huge Don Martin fan, which in turn made him a huge MAD Magazine fan. He aspired to be an illustrator because of Martin’s great comic strips. I grew up reading an old paperback book that collected several of Don Martin’s drawings that my dad had bought in high school. That, in turn put MAD on my radar at an early age.

Though my dad never went to art school he kept on drawing and making pictures. As what comes with the territory reading MAD, you develop somewhat of an acerbic sense of humor. Parody is the hallmark of MAD, and my dad used his art skills for both comedic relief and to relieve stress from work. He’d draw and make watercolor pictures of various people he worked with that he felt deserved a little artistic kick in the pants. I remember many nights where my dad would be at the kitchen table with a Strohs next him and his watercolors on display. On a poster board would form the spitting image of “Floyd”, “Lloyd”, or a supervisor named “Kissinger” in various states of artistic likeness. The “Floyd” one was one of his best. A man in glasses and a buttoned-up shirt buttoned clear to the top with too short of pants and his right index finger about a quarter the way up his right nostril. That one went up in the breakroom at work. Sure, my dad may have been reprimanded here and there, but for the most part he was respected for his skills as an artist(well, maybe not by Floyd.) And at 6′ 4″ tall with a rather lanky build, nobody was willing to say anything to his face anyways.

I was never much of an artist, but I caught onto to parody and odd humor early on. The Airplane movies, Animal House, Police Squad, and MAD were what formed my humor early on. MAD especially. Besides Fangoria and various music and guitar rags, MAD was my go-to read. Whenever we had to go to Hook’s drug store for a prescription, or my dad and I would hit the bookstore downtown on Sunday morning for a Sunday paper I’d always ask for MAD. I loved everything about them; from the film and television parodies, to Spy vs Spy, to the Don Martin strips, to folding the back page for whatever perverse picture/message waited for me. The humor in those magazines just spoke to me. And of all the amazing artists that donned those pages, Mort Drucker was the most prolific in my eyes. His illustrations of actors, athletes, and politicians were the best. They weren’t caricatures more than they were carnival mirror images. Weirdly personal and ultimately perverse. It was magic to my eyes.

It was just announced yesterday that MAD was closing its doors after 67 years of publication. Print is dying, and with it a history of art, news, social commentary, and in MAD Magazine’s case, humor. Once that door to physical print and publications closes the key is lost forever. Lost to history like teaching cursive writing in school, political discourse, and the cure for measles.

Some of my favorites parodies? Archie’s Place, Ghostbusters, Top Gun, Raiders of the Lost Ark, Purple Rain, Aliens, Ferris Bueller’s Day Off, and really too many to list here. The world of MAD Magazine inspired, influenced, and shaped my own sense of humor and would contribute to myself and my friend Jason to do our own version of MAD in high school, by meddling with copies of the school newspaper. Re-writing articles and changing photos to our whim. They were probably more Fangoria-meets-MAD than straight up MAD, but the damage was done.

Would I have made Don Martin, Mort Drucker, or the countless other writers and contributors to the magazine over its 67-year history proud? I don’t know, but one person that did quite enjoy our shoddy works? My dad.

That’s enough for me. 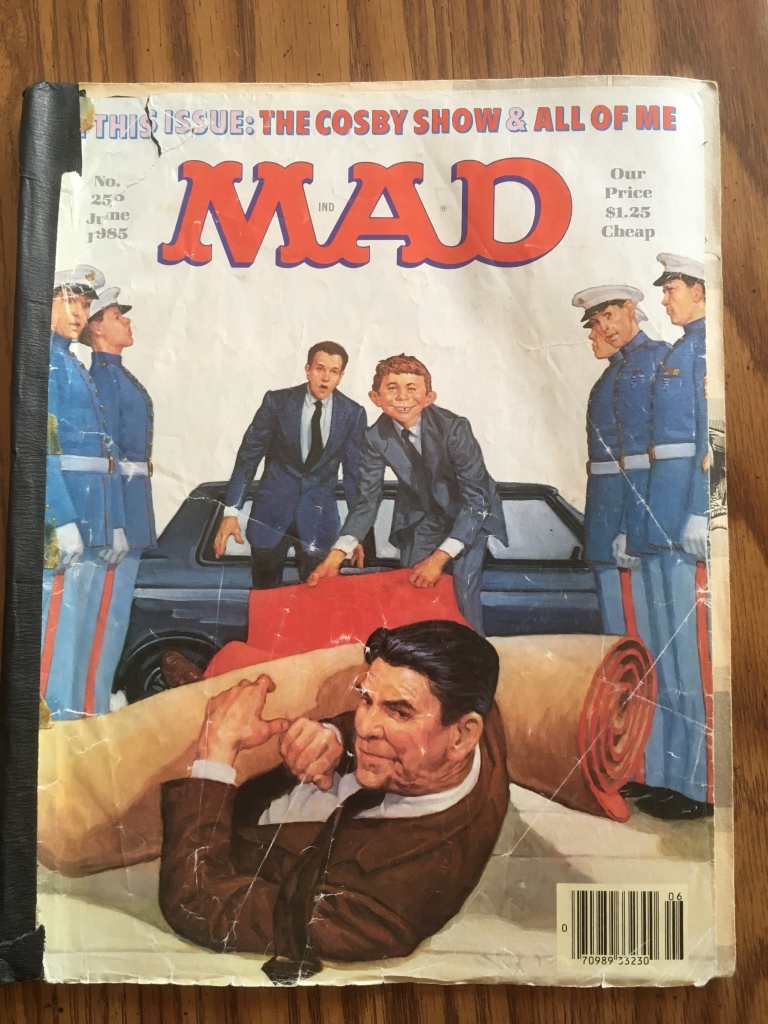