There are very few voices that are as present and distinct in roots and folk music than Athens, Ohio’s Adam Remnant. His voice crackles and slings stories like Dylan and Tweedy, while musically he and his band bring to mind the best of the Jayhawks and Califone. There’s a dusty, jangly spirit to Remnant’s writing that feels like something that had been recorded in Nashville in the early 60s, or Muscle Shoals in the 70s. Pure, ethereal, and endearing songwriting, with the weight of the best we’ve heard in the last 50 years.

Remnant started out in Southeast Engine, but once they died down he started working on music under his own name. He began with the EP When I Was A Boy in 2016. Then last year he released his self-produced full-length debut Sourwood. Sourwood is a masterclass in roots and folk music, bits of country twang swirls effortlessly with the alt-country rock of AM-era Wilco, Jayhawks, and Whiskeytown.

Adam Remnant and his band are hitting the road for a Midwest tour, with stops in Illinois, Wisconsin, Indiana, and Kentucky. Ahead of the band’s stop in Fort Wayne, Indiana on Saturday June 1st at the Brass Rail, Adam Remnant took some time to chat with me about his music, his Ohio upbringing, and even MC Hammer.

J. Hubner: So where did you grow up Adam?

Adam Remnant: I grew up in the suburbs of Dayton, Ohio. My formative years with music were listening to all the ‘alternative’ bands, and Dayton was great because we had Guided by Voices and The Breeders in our back yard at the height of it. My first concert was at Hara Arena to see The Breeders, Guided by Voices, Afghan Wigs, and New Bomb Turks. My mom took me and my friends. We were in the seats watching the crowd on the floor go crazy in the mosh pit. I remember my friends snuck down into the mosh pit, and I was really jealous.

J. Hubner: When did you first really get into music? Do you remember the first album you ever bought?

Adam Remnant: I got really into music when I was about 12 or 13. I heard Nirvana – Nevermind at a friend’s house, and we all freaked out. My brother and I both got guitars within the next 6 months, and we were off and running. I think the first album I bought was prior to discovering Nirvana. I believe I bought a cassette of MC Hammer’s Please Hammer, Don’t Hurt ‘Em.

J. Hubner: When did you first get serious about writing and performing? Were there any bands before Southeast Engine?

Adam Remnant: I had a band in high school called King Vitamin, named after an unpopular cereal. We mainly played classic rock covers with a couple originals that were pretty ridiculous. I moved to Athens, Ohio after high school to attend college at Ohio University. I formed Southeast Engine with some friends my freshman year. I really started writing around this time, and Southeast Engine became a vehicle for me as a songwriter and singer.

J. Hubner: As far as influences and inspirations, who are some of the big ones for you? Ones you still carry to this day.

Adam Remnant: Bob Dylan was been a huge influence and constant for me more than anyone else. Jeff Tweedy had a huge impact on me figuring out how to write songs for myself. My college years with Southeast Engine were basically me trying to be Jeff Tweedy, haha. Judee Sill is an artist who put out 2 albums in the 70s that I’ve drawn a lot of inspiration from and continually return to as well.

J. Hubner: You’ve left Southeast Engine in the past somewhat and are now writing, recording, and touring under your own name. Last year you released your debut solo record Sourwood. Can you tell me a little bit about the process of writing the record? Were you primarily performing and recording by yourself in the studio?

Adam Remnant: Yeah, when Southeast Engine ended, I was a new parent, and I wanted to keep things really simple. I took my time learning how to record and engineer. I slowly pieced together some equipment to start recording. I started on a Tascam 38 tape machine, and eventually figured out Pro Tools. I recorded Sourwood and an EP call When I Was a Boy. I did most of the basic tracking myself on the tape machine and then layered more over those tracks once I brought it into Pro Tools. I assembled a band of awesome Columbus, Ohio musicians to play live, including my brother, Jesse Remnant, on bass, Ryan Stolte-Sawa on keys & violin, and Jon Helm on drums. Once we started playing together, I knew I had to have them on the record as well. They all contributed to the recordings in the latter half of the process.

J. Hubner: Small town life and character-driven songs seem to be the key elements on Sourwood. Do you write from everyday life, or are you building stories more like an author writes chapters?

Adam Remnant: The songs on Sourwood are definitely written more from my everyday life, but I also write songs that are more character based as well rather than purely autobiographical. I tend to write songs in first person, so it may seem as if it’s all based on my own experience, but I do often imagine a character or exaggerated version of myself to explore a theme or idea that’s important to me.

J. Hubner: Besides writing, recording, and performing your own music, you also give music lessons and production work at your home studio in Athens. How do you balance the different music hats you wear, and find time to write?

Adam Remnant: The honest answer is probably that I don’t balance it. It’s a struggle. I make a lot of to-do lists and use the calendar on my phone to keep it all straight. Finding time to write doesn’t seem to be a problem though. I love writing so much and I naturally return to it constantly. I’ve never been short of songs. I always have more than I have time to record. If anything, I wish I could carve out more time to record to catch up with the writing. I’d love to have a clean slate at some point, so I can write songs and record them when they are fresh.

J. Hubner: You’ve got some Midwest dates lined up now thru July, with two stops in Indiana. One of those is Saturday June 1st at the Brass Rail in Fort Wayne. Tell me how this show came about. Have you worked or played with Streetlamps for Spotlights before?

Adam Remnant: I live in Athens, Ohio, and it seems that Jason Davis from Streetlamps for Spotlights knows a good number of the people in the music scene here. I reached out to him knowing we had a lot of mutual friends, and he was quick to assist in putting us both on the bill with Quiet Hollers at the Brass Rail. Big thanks to Jason! 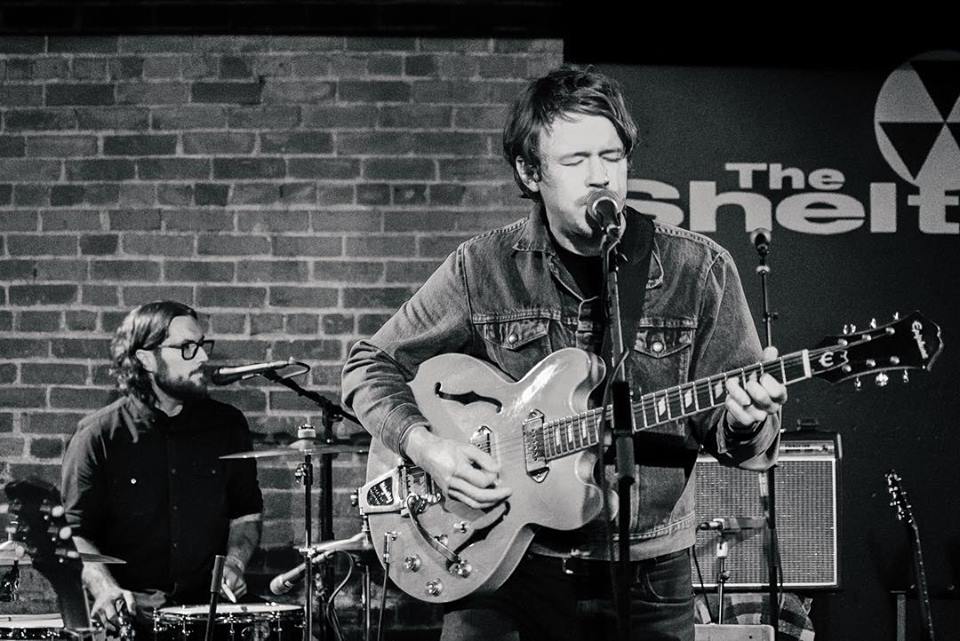 J. Hubner: What can people expect when they come to an Adam Remnant show?

Adam Remnant: I think our set is really dynamic. I’ll have my band with me, and they are such a joy to play with every night. We’ve got vocal harmonies, electric guitar, keys, violin, bass, and drums.

J. Hubner: What does the rest of 2019 look like for Adam Remnant? Are you working on a new album?

Adam Remnant: Yeah, definitely ready to start work on the next project. I’ve got 2 albums of songs written, and need to start producing these records. Not sure if I’ll focus on one over the other or pursue both simultaneously. Planning to produce more videos as well. I’ve dug into video production over the last couple years, and I love the creative process.

Come out to the Brass Rail on Saturday June 1st to see Adam Remnant. Remnant and his band will be sharing the stage with Streetlamps for Spotlights and Quiet Hollers.