Loving the new @tameimpala . Link in bio.
And now for something completely different.
Wallet size, 4x5. Pictures in a desk drawer.
Treasures found in the air ducts. New furnace, figured an air duct cleaning was in order since in 23 years we’ve never done it. I wonder if that Trident gum is orange-flavored?
New @wildnothing is another stunner. Get it today via @capturedtracks. Review link in bio.
A few thoughts on @stevevaihimself guitar masterpiece ‘Passion and Warfare’, 30 years old this May. Damn, I’m old.

Fort Wayne, Indiana’s Exterminate All Rational Thought have been been turning frontal lobes to mush since 2012, ever since  the release of their prog-metal debut Lining The Streets. Since that debut the quartet, which includes Cody DeMille(guitars), Pete Lock(guitars), Nick Annis(bass), and Lucas Sigg(drums), have honed their skills and songwriting chops and have turned EART into something both King Crimson and Animals As Leaders fans can get on board with. A mix of both complicated time signatures, multiple movements within tracks, and the pummeling riffage only true fans of metal can endure. Exterminate All Rational Thought are the real deal.

EART have released their third full-length LP titled Chromatophores. This new long player pushes the quartet’s sound even further; building even more labyrinthine songs with deeper intricacies and heavier riffs. The two-guitar attack and the rock solid rhythm section build a sonic wall of noise that ups anything Exterminate All Rational Thought have done up to this point. 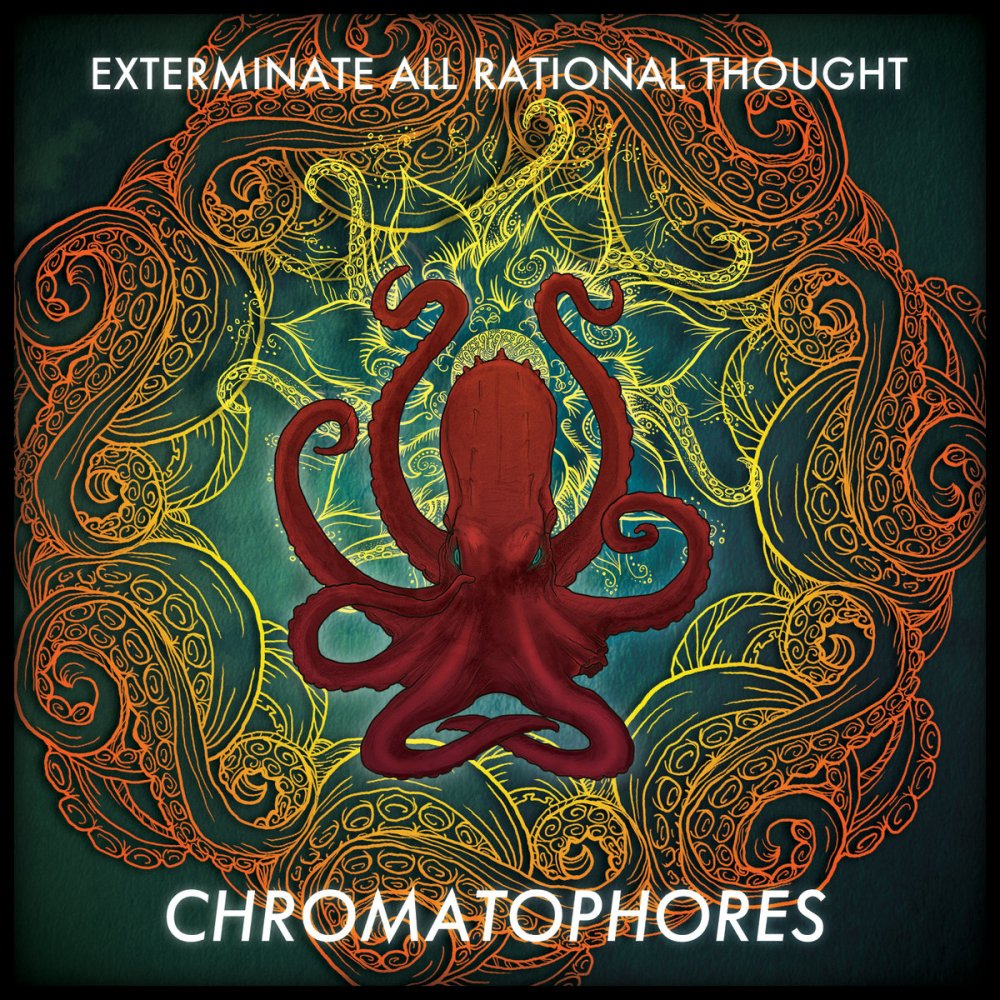 You weren’t worth your weight in guitar picks if you didn’t start your metal album out with a quiet acoustic interlude back in the 80s. There was nothing better than starting out a full shred album with some smooth, flamenco guitar. EART follow in that great tradition with the subtle acoustic piece “Oldowan” before setting phasers to destroy with the face-melting “Schrodinger’s Tiger”. D-tuned guitars growl and slink along like some ancient creature awakened from a 1,000 year sleep. Over 8-minutes of interlocking riffs and subtle shifts in mood and tempo create an epic listen. Lead single “Fourth Time’s A Charm” goes into Dream Theater territory, with a touch of Gigan’s extreme metal for good measure.

One of the highlights here is the exquisite and dark “Hypnotoad”. Whether this is a nod to Matt Groening’s Futurama creation or not, the space-y vibe and ominous mood make for an incredible bit of metal. And “Long Intervals of Horrible Sanity” is 10 minutes of pure prog bliss.

Chromatophores sees Fort Wayne’s premier prog-metal band at the height of their powers. Exterminate All Rational Thought have laid the groundwork for their best album yet.