Grey Gordon is a passionate dude when it comes to music. Not just punk music or indie music or metal music or hip hop. He’s passionate about all of it. He’s also the kind of artist that isn’t afraid to wear his influences on his sleeve. He sponged up plenty of influences and inspirations in his formative years and those have come thru his own music, all with his own unique take on it.

Gordon was part of Wickerwolves, as well as releasing music under his own name. Both decidedly unique, with Wickerwolves hitting more hardcore angst while Gordon took more of a singer/songwriter approach on his own. In 2014 Gordon released his debut with No Sleep Records titled Forget I Brought It Up. It was a culmination of where Gordon had come to musically up to that point. In 2016 Grey Gordon started a new project. Kill Surf City was Gordon’s ode to college rock of the 80s. His love of Jesus and Mary Chain, Dinosaur Jr, Guided By Voices, and pretty much anything guys like Michael Azerrad and Rob Sheffield have fetishized for years in print.

After a ton of self-released Kill Surf City albums, Gordon has released a full-length with Blacktop Records. The album is called Ever Notice How Everything’s Stupid?, and while yes I have noticed that, I can’t say the same about this record. 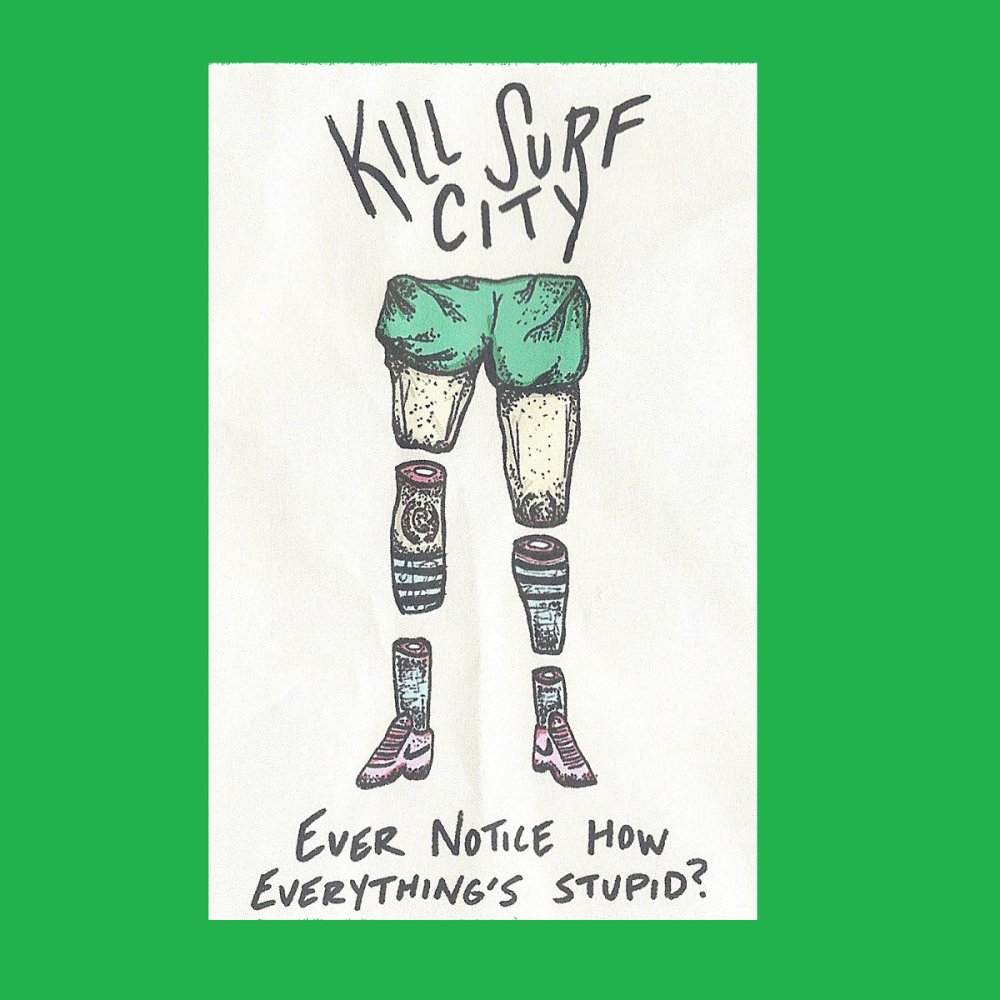 We’re greeted at the door by the eardrum-shattering “Frayed Intro Sanity”. Imagine Big Black being put thru a meat grinder and you might have an idea of what this track is all about. “MJE” reels in the squeals and treble nightmare for pop hooks and JAMC vocal sensibilities. Gordon has always had a knack for writing a killer hook and he continues that on this excellent track. “2D” uses some Office Space dialogue and a bit of Pavement guitar vibes to give us something that would’ve sat nicely on Slanted and Enchanted.

Elsewhere, “Fuck The Landlord” isn’t nearly as angry sounding as you think it would be. In fact, there’s a real Elliot Smith vibe here. “Cop Out” is an absolute fuzz fest. It’s Reid Brothers-approved. “Weird World” revisits some of that classic Sebadoh sadsack melancholy. Or maybe it’s more like the sadsack Lou Barlow track you’d find on latter-era Dino Jr? Either way, Gordon is taking his cues from some of the best.

Grey Gordon has found something to love in fuzz pedals, drum machines, and lo fi sensibilities with Kill Surf City. The songs on Ever Notice How Everything’s Stupid feel like late night recordings after everyone else has gone to bed. Headphones on and a Big Muff engaged, Gordon relives those indie rock fantasies and imagines playing college towns alongside guys like Bob Pollard, J Mascis, and Lou Barlow. Somewhere between 1987 and 1994, there was something special happening in underground music. Hardcore gave way to the ideal that you could love Minor Threat and still enjoy Pet Sounds and Odessy and Oracle. Kevin Shields melted minds with searing walls of guitar while still admitting to loving the Beatles. Loveless was his drug-induced and sonics-obsessed ode to Sgt. Pepper(or so I like to imagine.)

Grey Gordon gets it, man. He transcends the label B.S. in lieue of just making good music that sticks to your brain like a good meal does to your ribs. He focuses on melody, hooks, and searing those notes into your eardrums with barbed distortion and lo fi affection.

Ever Notice How Everything’s Stupid? I have, but moments like this album make it all just a little better.

One thought on “Kill Surf City : Ever Notice How Everything’s Stupid?”