I’m not entirely sure what drew me to Ben Zimmerman’s The Baltika Years. It may have been the album cover, which was all white with what looked like confetti all over it. Maybe it was the fact that one of my new favorite record labels, Software, was putting it out. Or maybe it was the story behind the album. The story being a relatively unknown musician named Ben Zimmerman recorded tons of cassette tapes worth of primitive electronic music between 1992 and 2002 on a now long defunct Tandy Deskmate computer sold by Radio Shack in the early days of personal computers.

I think it was a little bit of all of those, and the music of course.

The last couple of months I’ve been falling hard for the Software label out of Brooklyn. It’s run by Daniel Lopatin, who’s own band Oneohtrix Point Never has been a favorite of mine for some time now. Well when I heard back in April about this new record Software was putting out my interest was peaked. Ben Zimmerman’s The Baltika Years was an archive of sorts containing ten years worth of homegrown electronic experiments by one Ben Zimmerman. Who is Ben Zimmerman? Well by the sounds of some of these tracks on this double LP I’d say he’s what you’d call an outsider electronic artist. Not songs so much as grainy sketches of ones psyche, The Baltika Years feels like a cut-and-paste collection of emotions, ideas, and breakdowns created with, in today’s standards, archaic tools(even by the standards of the times when these songs were created I think the Tandy Deskmate was a primitive tool.) The sounds range from bizarre voices speaking loudly in repetition, to baroque piano ballads, to drum ‘n bass excursions, to what sounds like a little kid playing with a Casio keyboard. It all adds up to something quite fascinating.

On the surface that probably sounds less than inviting, and when I first listened to the album as a whole I had that feeling in the pit of my stomach that said “Holy shit. I preordered this album. What did I just buy?!?!” It popped up on my streaming service before my double vinyl copy showed up so I listened to it one morning last week. I was sweating it. With the tracks starting and stopping in digital form it felt really truncated and clunky. It literally felt like someone standing in front of you screaming a million ideas and thoughts into your face nonstop. It was overwhelming. So when I put the LP on the turntable after it arrived today I was pleasantly surprised and relieved. Still the same songs as I heard over the interweb wavelengths, but on vinyl they all flow so well together. While still generally going here, there, and everwhere, the vinyl format adds a cohesion to the ADHD-like jumpiness.

Side A is one long form piece called “Phyllis”. A collection of truncated voices, baroque piano pieces, and electronic humming it feels like a collage of sound and emotion. It can be jarring, but also quite lovely. One can hear some of Danial Lopatin in these songs, almost a good 15 years before Lopatin released his first albums.

Side B is several short pieces, with “For Mimi Pt. 4” clocking in the longest at 2 minutes 37 seconds. More of the drum ‘n bass stuff comes into play here. I listen to these songs and I’m amazed thinking about the ideas going on in Zimmerman’s head and the minimal approach he took to release those ideas to the world. It’s like if someone like a Rembrandt or Van Gogh created their masterworks with nothing more than a piece of paper and a broken pencil because that’s all they had. Regardless of the tools, an artist must create the vision in their head.

Side C is further delving into rhythms. “Redecorated Proto-Computations” sounds like Nitzer Ebb recorded on water-logged equipment. This is primitive, raw, and harsh noise. Industrial noise run through a ratchety machine wheezing it’s final breath. “Da Chopp” is rusty robo funk. It’s like a grainy negative to what Trent Reznor was trying to do.

Side D is Zimmerman’s masterwork, consisting of six tracks, “Pausebreak Pt.1” through “Pausebreak Pt. 6”. Funky beats, artificial bass grooves, and a dystopian vibe that someone like Philip K. Dick would be proud of. These really do sound like the primitive aural mainline to which Reznor can be traced from. The scope, with what Zimmerman was working with, is rather awe-inspiring. Really shows what you can do if you put your mind to it and have some half-ass equipment you can get your hands on.

This album to my ears is like hearing the ghosts of electronic music’s past. While tracks ranged from the short to the miniscule, the ideas here are bigger than anything you’ll hear today. While archaic, grainy, and arguably lo-fi in its sound, The Baltika Years feels very whole and poignant. It feels like a diary written in code. These songs may seem like puzzles to us, but in the heart, eyes, and ears of its creator they are keys that unlock moments in time. Minimalist, abstract, and even maze-like in its layers both literal and metaphoric, this album feels like one of the heaviest records I’ve heard. I’m all about the metaphorical heavy. The personal artistic statements. Sure, sometimes it’s great to just listen to an artist having fun. But some of the best records are the most personal to the artist. Pet Sounds, Blood On The Tracks, The Downward Spiral,…all of these albums are works of personal struggle, pain, joy, and journey. While maybe not as heavy as those records, The Baltika Years certainly feels like thoughts transcribed with the use of primitive electronic devices.

This album won’t be for everyone. I listened to it with my daughter in the living room and she just laughed nervously and said “This is weird.” My son on the other hand maniacally teased the dog by moving his head back and forth in rhythm with this caveman electronic. So I guess the jury is out whether or not we’ll be making this album the Hubner family jam album for road trips.

I love puzzles and dense works of art. The Baltika Years is both, and then some. I’ll leave you with this from the man himself, Ben Zimmerman:

Sometime in 1998, I transferred this music to several cassettes so I could listen to the recordings  in my car. Those cassettes represent the sources for The Baltika Years. When my last Tandy computer died in the early ’00s, I was SOL for ever opening the Tandy program again. I’ll never forget that when the RLX1000 died, I lost the best yet-unarchived piece made using The Fat Boys(again) and the soundtrack to The Emerald Forest, a terrible film made in the ’80s. After I threw out the computer, I was able to import the recorded waveforms as raw wave data on a PC computer(with next level beats.) I was also able to turn some song files into MIDI files with the help of a talented programmer on the web. I ripped all of those to floppy disks, but many files were corrupted. When I say that I never meant for these recordings to see the light of day, that is the truth. -Ben Zimmerman 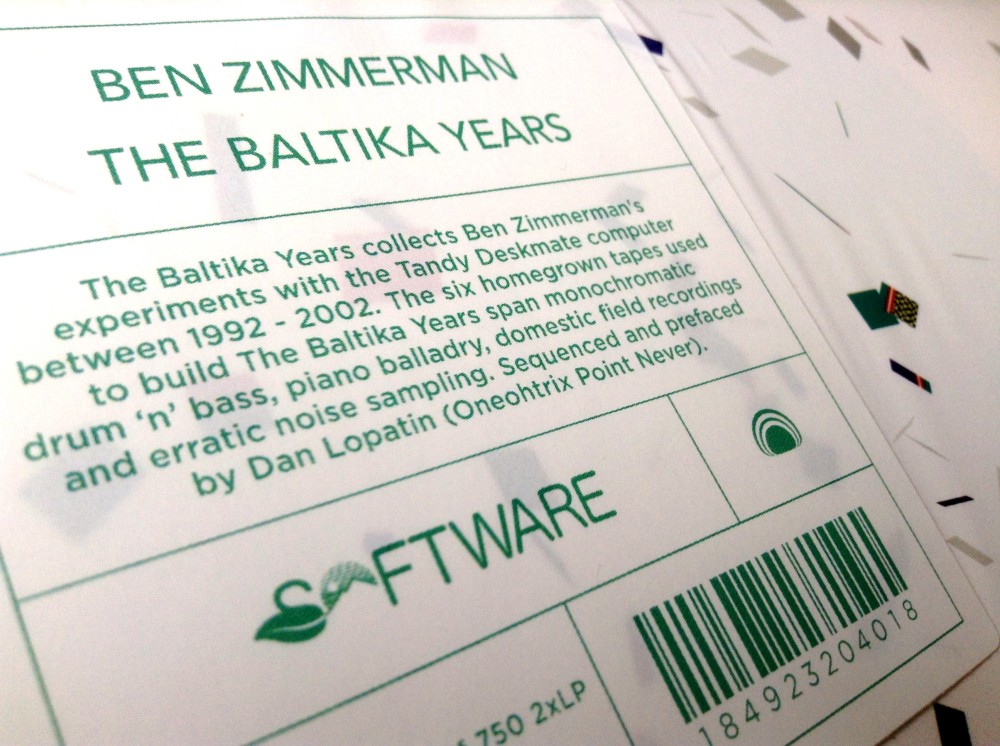 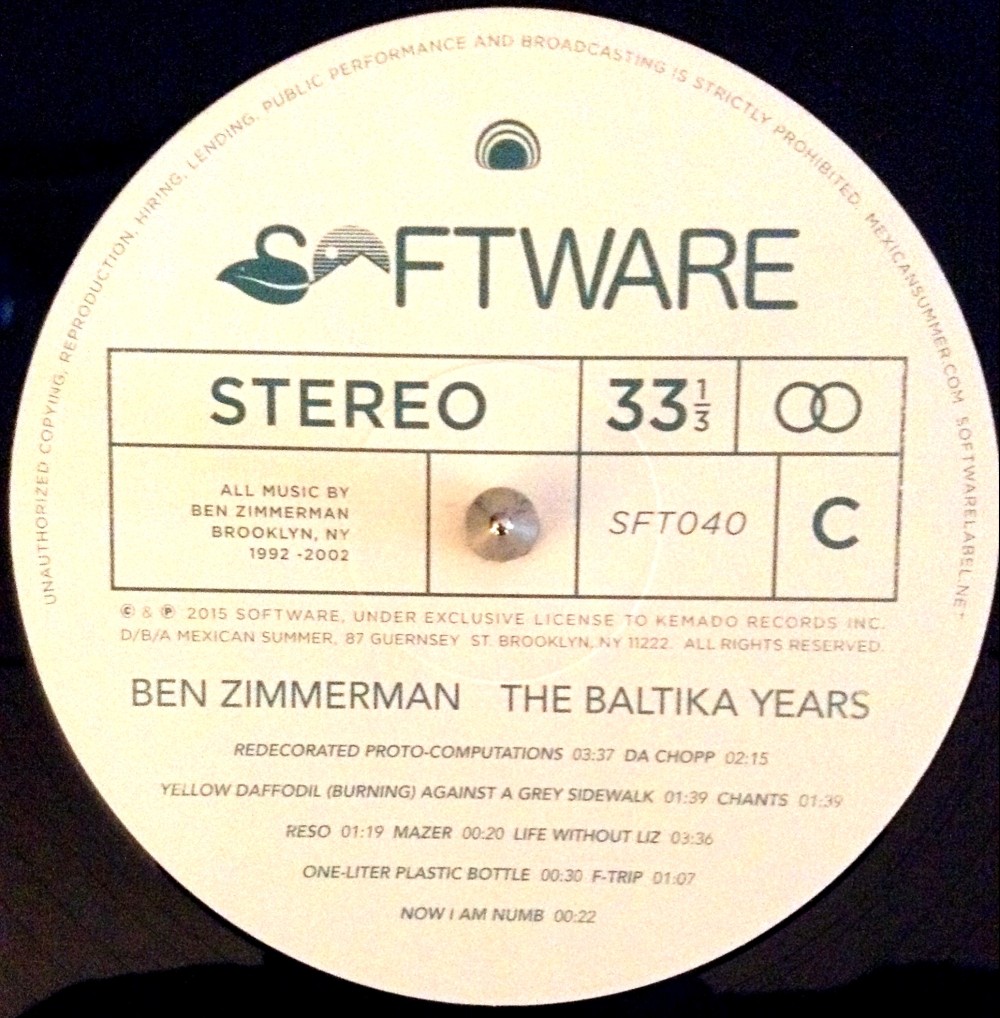 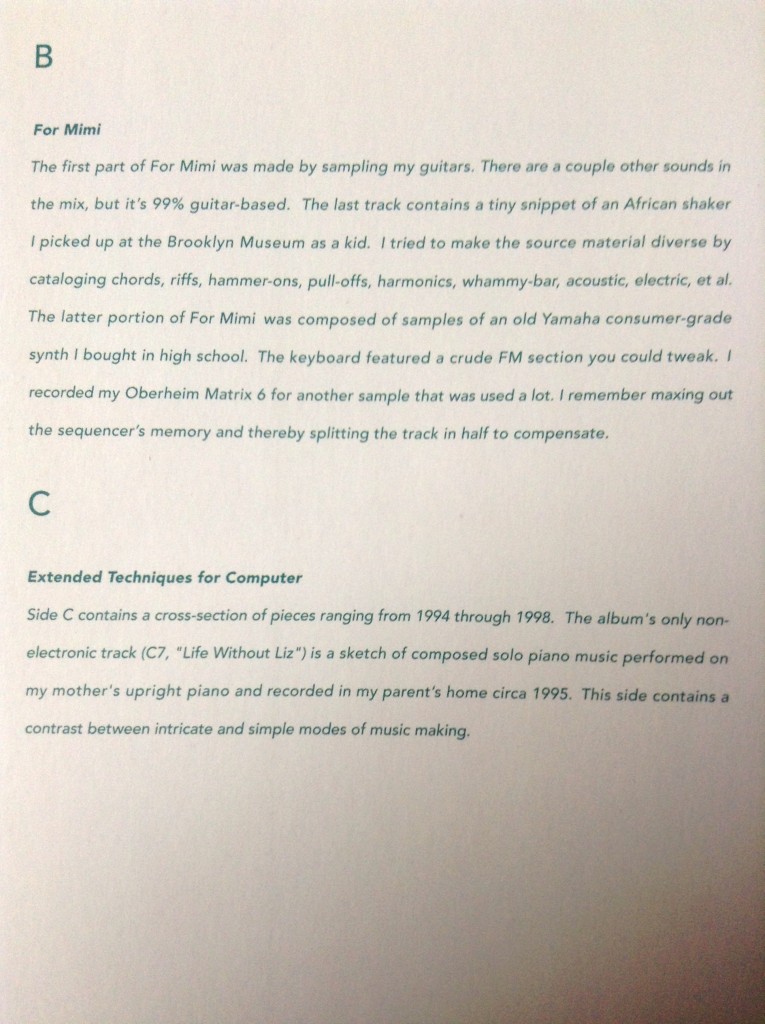 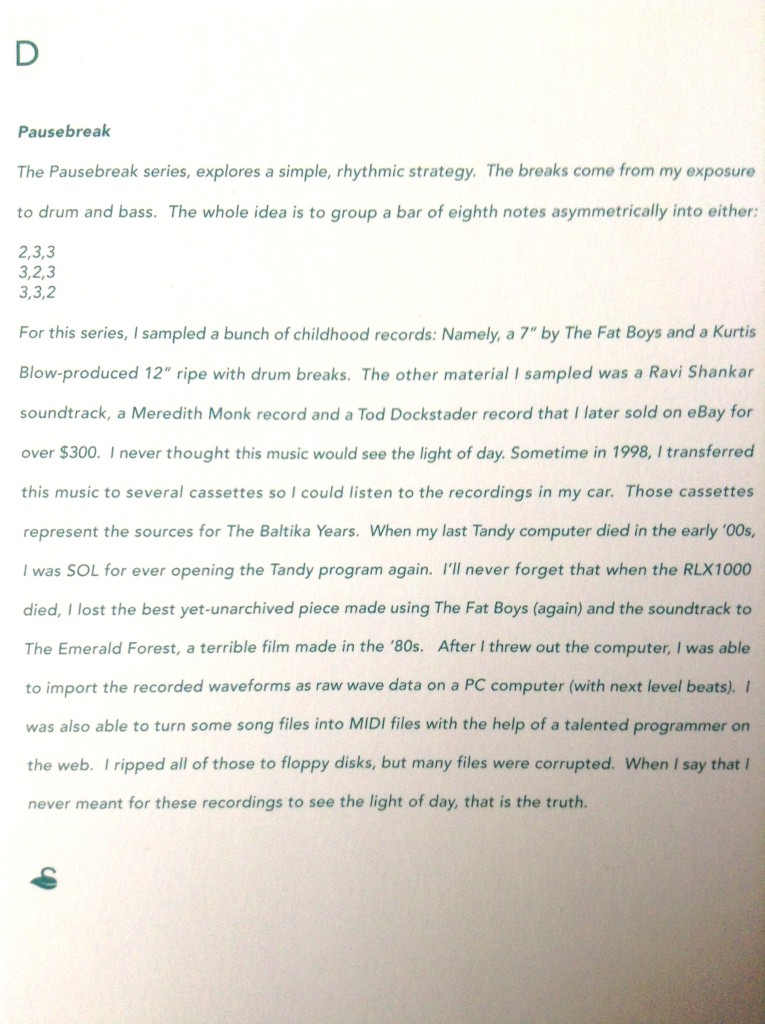 4 thoughts on “The Space Jack Hummer”